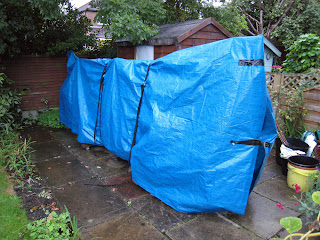 Fingers crossed the Cessna 172 - Victor Alpha I have a share in will go back in the sky in the next week after a 4 month lay off due to some prop damage, then I can go flying without going under the hood as all the flying I've done recently has been in a student / instructor environment and I miss not being able to see where I am going and I hope the new skills I have will benefit my day to day flying.
Posted by Jason at 17:07