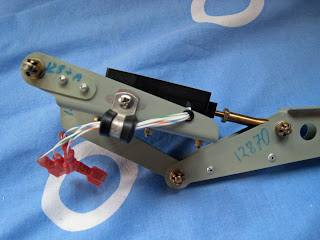 I have to construct a wing stand at some point soon, my next two kits the wings and fuselage cleared UK customs today although the ship they are on doesn't dock until the weekend so I've a little bit of time on my side to get straight for the next stage of the build. I currently have a few replacement parts to order but nothing major, the odd electrical connector, some rivets and that's pretty much it. I will hold off until I've checked all the wing ribs as Vans have put out an alert on them and if my parts need replacing them I'll add my replacement parts to the order.
Posted by Jason at 18:27 No comments: