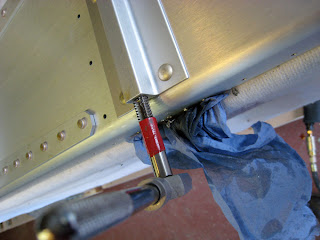 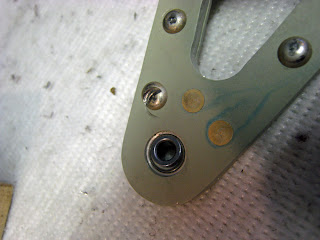 Lots of Ribs but no BBQ Sauce! 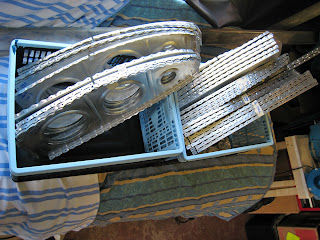 I've not updated much recently as I am doing the same process everyday preparing the front and rear ribs for the wings - 54 in total and I've got my fluting skills nicely sorted now (same I'll have no more to do for the moment) and the debur process has gone pretty well quickly on these ribs when I started using my dremel type tool with sandpaper wheel attached - OK I've used a good amount of wheels (1 wheel to 2 ribs) but cost £2 for ten from Amazon so in the grand scheme of things not the most costly piece of equipment in the build but a handy one all the same and a great time saver.

I've 12 out of the rear 13 right ribs to debur next and then it's stall warner prep before looking at the wing skins although I have 2 repair jobs to do from the empennage build so will tackle these at the same time as the wing skins as they will need primer.
Posted by Jason at 18:39 No comments: 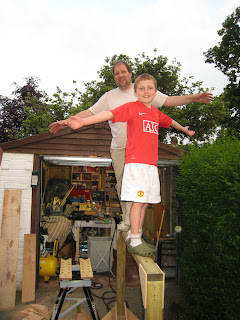 June is here and rib prep has begun 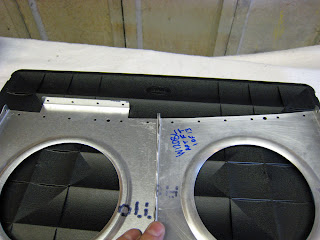 I started to prepare the wing ribs yesterday and discovered its going to take a fair amount of work to get them all done as left and right front ribs number 14 each with different processes to be done on various ribs so I'm keep track of my stock as I go, then the rear ribs need to be done again with different processes on different ribs required. Fluting (straightening) of the wing ribs is proving tricky as they have a machine press bend in them that will only come out when they have been rivetted in place but once again I'm happy with my efforts and will troubleshoot later if required.

From experience gained so far I'm going to do all of the metal prep before constructing the wings proper as space is limited and building is more fun that prep if I'm honest. I'm not sure if I should prime the wing skins before building up the wings proper but I guess I'll have a better idea once all the ribs are prepared for priming.
Posted by Jason at 19:47 No comments: