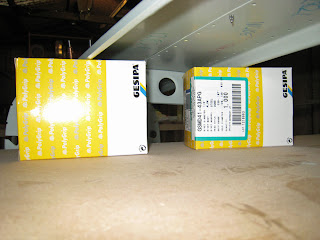 I am hoping to fly tomorrow and if I don't I'll be in the workshop with rivet gun in hand. I've also noticed most of the skin holes will need a drill running through them as the primer has made the holes a little smaller than when it was bare metal and once again each rivet will be dipped into JC5 before setting - Overkill some might say but I feel it's a worthwhile step if a little messy thing to do.
Posted by Jason at 20:01 No comments: