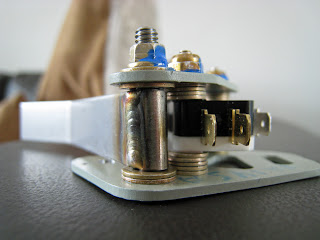 Next job is to fit the lower wing skins and get Nigel my LAA inspector over to give everything the once over after they have been riveted. It's a good job my mate Steve is staying at the moment as I need to flip the wing over to do this, its not a one man job unless you have 15ft arms.
Posted by Jason at 19:16